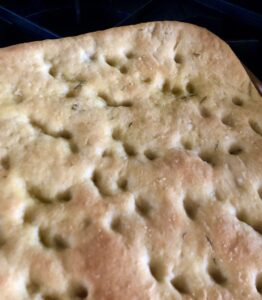 Italian’s love their focaccia bread. Served as a snack or accompanied with pasta and roast meats. One secret for making good focaccia is don’t skimp on the olive oil!

Focaccia,  is a flat, slightly raised bread, not unlike pizza crust. For many parts of Italy  focaccia has been especially popular near the sea, where humidity in the air inhibits the full rising of conventional bread dough.

Traditionally the bread is flavored with only coarse salt or rosemary. But, you can top your focaccia with onion, tomatoes, black or green olives, even wisps of lemon peel. 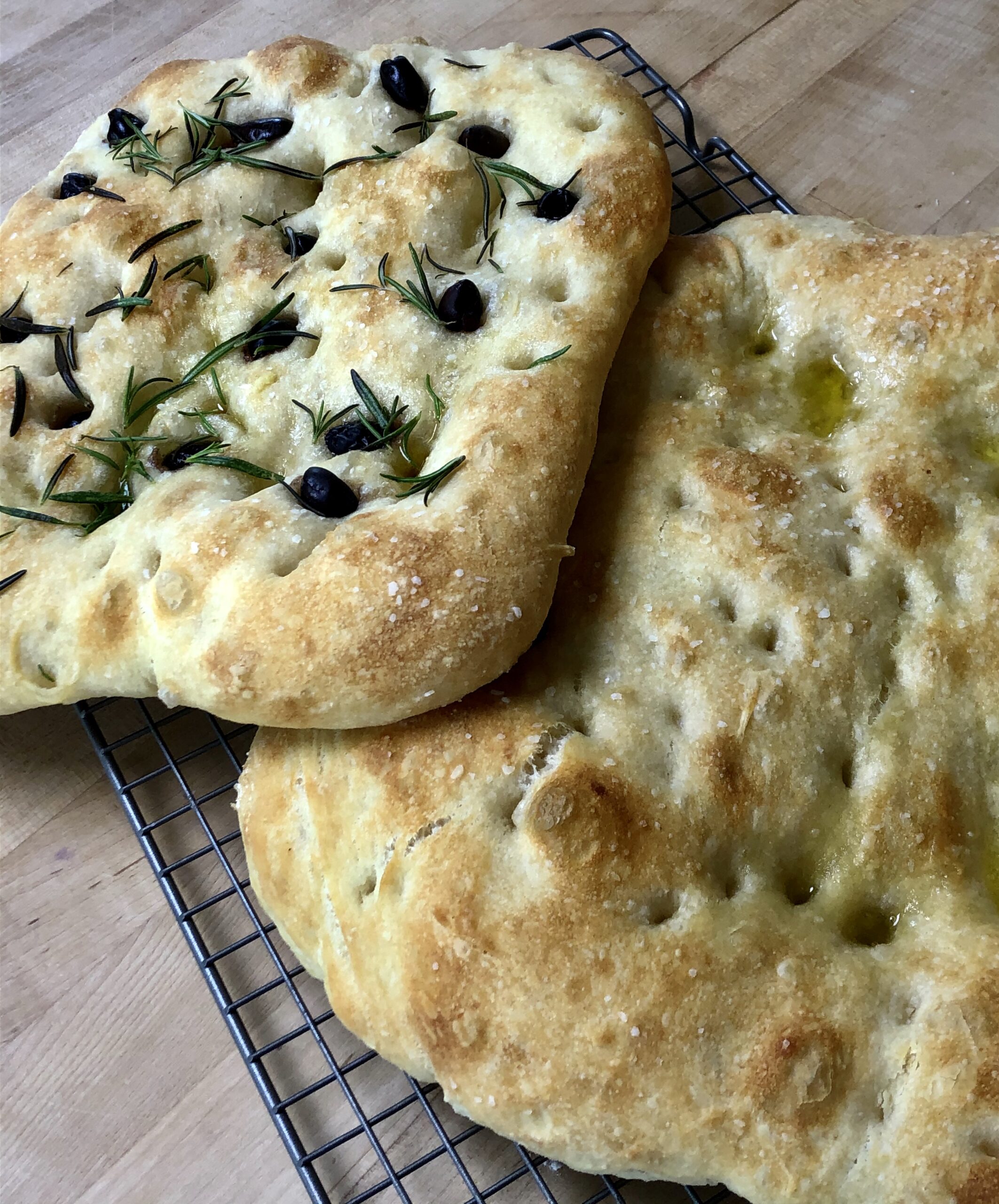