Pheasant breast seared in a cast iron skillet is one of my favorite ways to make wild pheasant. I paired the breasts with sautéed red cabbage for a winning combination.

Don’t hassle your husband the next time he wants to hunt, especially pheasant. Most birds are planted where we live.  They are not wild per-say, they have been reared by humans and planted in hunting release sites. Their meat flavor is mild and as long as you don’t overcook the meat it is juicy and delicious.

Try my grandma’s Soupy Potato with this wild meal. 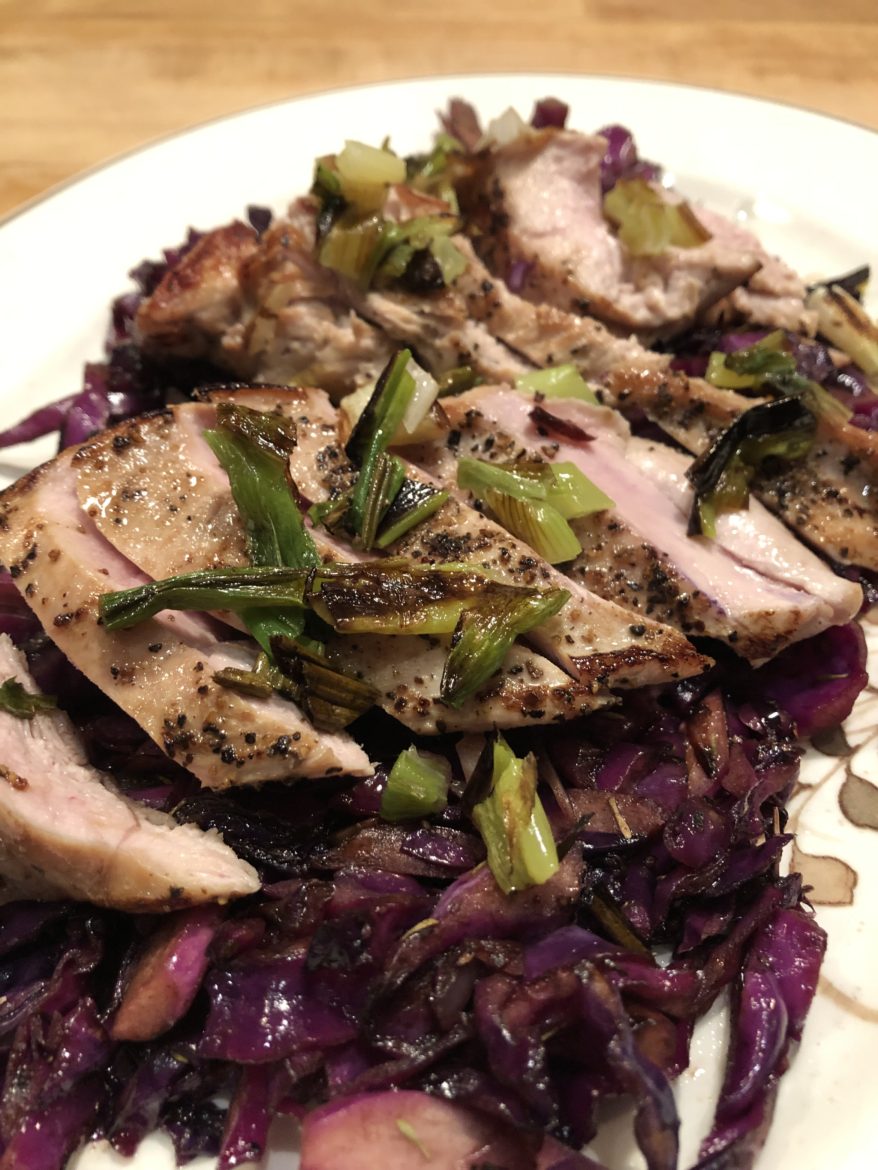 Bring your pheasant breasts to room temperature. Salt and pepper both sides before pan frying.

Heat a large dutch oven pan over medium-high heat. When the pan is hot add 2 tablespoons oil. Add the onions and sauté until lightly browned. Then add the sliced cabbage and cook until wilted.  When the cabbage is tender add the vinegar and thyme, mix and set aside on a warmed serving platter.

Heat a medium size cast iron skillet over high heat. When it has reached a smoking point add 1 tablespoon oil. Allow the oil to heat add whole green onions and brown on both side until they become tender, set aside. Now add seasoned breasts and sear until a brown crust has formed, 2 minutes. Turn them over and sear for 1 minute. Take the skillet and place it into a 450 degree oven until the internal the breasts temperature reaches 165 degrees. Remove the breasts from the pan and allow to rest for 5 minutes.  Cut breast against the grain and serve on top of the cabbage, top with green onion.